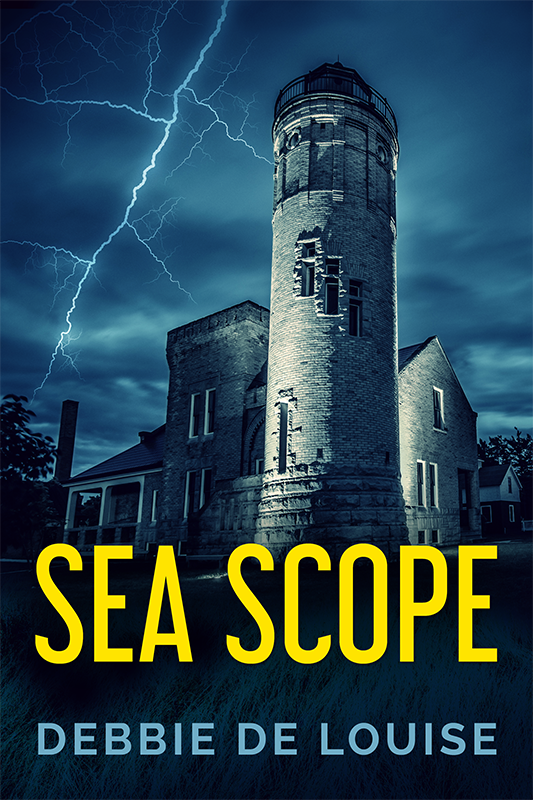 Tell us about your book.

Sea Scope is a psychological mystery featuring Sarah Collins, a children’s book illustrator, who is invited back to her childhood home in South Carolina by her aunt after her brother’s death. Facing some difficulties in her marriage, she accepts the invitation and travels there with her friend. Along the way and at Sea Scope, the Inn where she lived as a child, she starts receiving strange messages from someone pretending to be her brother Glen. The book moves back and forth in time to the summer Sarah and Glen, as kids, found a body of an inn guest near a lighthouse. Sarah, now grown and reunited with people from twenty years ago including the boy who kissed her for the first time, discovers some clues in her childhood diary and her aunt’s art studio about who might be sending her messages and what really happened that long ago summer at Sea Scope. The book also contains trivia and photos related to lighthouses and lighthouse lore.

When did you realize that you were a writer? 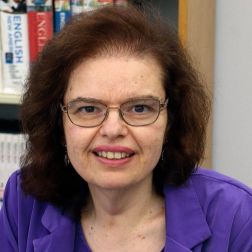 I’ve been writing since I was a child, but I didn’t consider myself a writer until I began publishing articles for pet magazines and then a short story in a mystery anthology, followed by my first book, Cloudy Rainbow, that I self-published in 2008 that was recently reprinted by my publisher. I’ve been publishing books regularly since 2015 and now have seven novels including the four books of my Cobble Cove mystery series.

Do you have any books coming out this year?

Not yet, but I have an unpublished first book of a proposed cozy mystery series that I’m querying to agents, and I also have two unfinished mysteries that I hope to finish writing soon.

If readers are looking to connect with you, what’s the best way to do it?

I have a blog and an author newsletter, both of which can be subscribed to through my website at https://debbiedelouise.com. I’m also on Facebook and Twitter and have an Amazon author page. Here are all my links:

What are you working on right now?

I just returned from a writer’s conference in St. Louis, so I’m taking a break while I promote my new release, but I hope to get back to my works-in-progress soon.

Tell us about submitting your book. What was that like for you?

Well, I’ve been publishing with Solstice Publishing for nearly three years now, but I found out about another publisher through an author whom I interviewed on my blog and submitted Sea Scope to them. I’m still writing for Solstice, but I thought I’d like to branch out a bit. In addition to ebook and paperback copies, Creativia has published Sea Scope in large type and also plans to publish it in audio and hardcover. I think it’s nice to have a variety of formats available to readers. I’m also very pleased with their cover. I’ve had lots of compliments on it.

What author would you say inspires you the most?

That’s a tough question. I’m inspired by many authors. If I had to choose one, it might be Nora Roberts because, not only is she prolific, but she writes her JD Robb mystery series along with romantic suspense standalones, and I also enjoy writing series as well as standalone mysteries.

Who is your current favorite author?

I like to read a variety of authors. Working in a library, I have access to a large number of books. Some of my favorite authors include Nora Roberts, Mary Higgins Clark, and Sandra Brown. I’ve also enjoyed books by Jo Jo Moyes, Ruth Ware, Kimberly McCreight, Audrey Niffenegger, and Karen Robards, There are many more including Indie authors such as Lisa Diaz Meyer, JP Ratto, James Cudney V, and so many others.

What was your first favorite book as a child?

The book that had the most influence on me when I was young was the Winter People by Phyllis Whitney that one of my brothers gave me as a Christmas present when I was 11. After that, I read all of her books and other romantic suspense authors of the time such as Victoria Holt.

What advice would you give yourself if you could go back to when you first started writing?

I think I would’ve taken more time to query agents before signing with an online publisher. I also wouldn’t have stopped writing for so many years after I self-published my first book.

What would you consider the best thing you’ve ever done for your writing career?

Joining professional writing organizations including Sisters-in-Crime, the Cat Writers’ Association, the Long Island Author’s Group, and International Thriller Writers and also networking with other authors both online and in person.

What would you consider the most fulfilling moment you’ve experienced as a writer?

What book would you suggest to anyone who wants to write?

Writer’s Market in print and online. It’s also available in most libraries. It features listings of publishers, writing tips, and other valuable information for writers and is updated annually.