I’m the first to admit I’m a critical person. I’m a judgy person. And there are some people that I look down on. I don’t mean people in my everyday life. I mean people who show up on Jerry Springer.

I also judge people who put themselves out there to be judged. Celebrities for instance. I will judge celebrities in a heartbeat.

But, like most other prejudices, they really do come from a place of ignorance. And the more we seek out knowledge, the fewer prejudices we can hold on to.

This all came up because I was listening to a podcast that had some questionable guests. Guests that I nearly skipped because I didn’t think that these women had anything to teach me. But, I figured, I’d try to be a little more openminded. Plus, I’m a completionism and I can’t stand to skip episodes of anything. So, I ended up listening to a podcast with the COO of Hooters. And let me tell you, this lady schooled me! She taught me so much about that company, and an entirely different view of women in the work force. She also gave me some advice I’ve been trying to put into practice that I’ll be getting to in a minute.

And she was just one of many people I didn’t think I was going to learn anything from. I’m glad I didn’t skip these podcasts, and I’ll be sharing the advice I learned with you today.

Yeah, she is a classy, hardworking, badass woman who worked her way from Hooter waitress to COO of multiple companies. She was going all over the world opening up stores when she was in her early twenties. Did you know that Hooters sends more of their employees to college than any other company in America? I didn’t know that until I listened to her. Did you know that the vast majority of upper management at Hooters is female, because the company has a strong policy of promoting from within? Not so exploitative as I thought.

Now, here’s the thing that really bowled me over. She told a story about someone giving her grief at an opening about working for a company like Hooters as a woman. She said, “I always come to an argument with the assumption that I’m wrong. Because it’s a lot easier to walk that back.” (This is a paraphrase, by the way.)

This is brilliant! I started using that right away in disagreements and conversations. And it’s true! I’ve started saying things like, “Oh? Tell me about that. What do you think about this situation? Where do you think I went wrong?” And in practice it works wonderfully. It’s so much easier to say, “Wait, no, I’m right after all,” than to say, “Oh, wait, you’re totally right.” Especially for someone like me, who hates admitting I’m wrong.

I’m not big into fitness. I’m more into emotional wellness that will over time limit the factors in our lives that cause us to be unhealthy. If I’ve found balance in my life I’m less likely to stress eat. If I’m not depressed, I’ll be more likely to go do active things.

Suffice to say I’m not Jillian Michaels’ target audience. But I used to work at a few health food stores, so I’ve come into contact with her philosophies often. I didn’t find myself approving of her methods, especially when it came to her over the top screaming on Biggest Loser.

But after listening to her talk logically about healthy living (and how she agrees with me that the keto diet is not healthy. It’s amazing how finding common ground makes you more open to listening to someone.) I have a totally different opinion of her.

I’m still not her target audience, but that’s kind of the point. Not everyone is going to be receptive to her intense method. Not everyone is going to be receptive to my method either. Michaels said something about the people on Biggest Loser that really stuck with me. She said that the people on that show were unhealthy, in a life-threatening way. And she had a few weeks, sometimes a few days, to try to make an impact on their lives that could save them. These weren’t people who had an extra fifty pounds, some back fat that bothered them, and no real weight related health problems. Basically, different people need different tactics in their lives. And desperate time call for different measures. (Not desperate measures. I hate that saying.)

I don’t judge Leah Remini. I actually love her work to fight against Scientology. And so I picked up her book, Troublemaker, kind of expecting to read more about her fighting against the church.

And that’s comforting, because she’s a success story. But she failed a lot before she got to that success.

Just in case you’re wondering, I’m not exactly an Amazon best seller. My books are out there, and I’m proud of that. But I’m not making enough to pay my bills. Not even my Netflix bill most months. But that doesn’t mean I stop. That means I just keep right on writing books, and I hope that every one is better than the last. I keep trying new markets, new platforms. And I hope that you do the same, whether you’re writing or acting or whatever your dream is. Keep trying.

We all have our own strengths and weakness. No one is great at everything, and no one is ever done learning. I can safely say that every single person has something to teach you. So don’t shun these lessons, no matter where they come from. 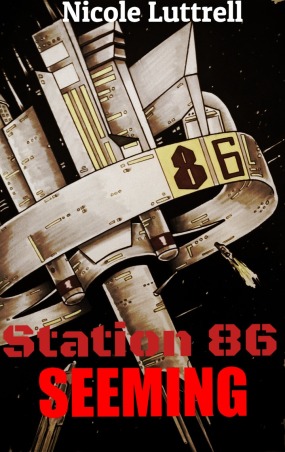 Get it here now, for free.

And don’t forget, Station Central starts on April 13th. Unless you’re signed up for the PBW Update, then it already started.