A few months back I did a post about the podcasts and blogs I’ve been reading. I like to update that from time to time because they change. I give up on some podcasts, start listening to new ones. Blogs that I live switch to Newsletter only, and I find new ones. Or not. Honestly, a lot of blogs I love just aren’t around anymore. This saddens me. I feel like blogging had a big surge, and now is sort of going downhill. Don’t worry, I’m not going anywhere. I’ve been here for five years, and you’ll pry this blog from my cold dead hands.

Anyway, since I’ve been listening to so many podcasts, I wanted to introduce you all to three fictional podcasts I’ve been devouring recently. They’re all spooky and mysterious, and absolutely life absorbing. If you haven’t listened to these yet, you’ve got to take some time.

I’m warning you now that the third season isn’t out yet, and we’re all waiting patiently for it. There’s also a show coming out on Facebook of all places.

At any rate, the story is about the mysterious Limetown, a company town where something terrible happened. In one night almost all of the inhabitants vanished. I say almost because the remains of one man were found. He’d been burned at the stake in the middle of town. The story is told in a found-footage style, guided by a young journalist named Lia Haddock. As she digs further and further into the story, she finds that she’s more connected to Limetown than she thought.

After you listen to the first two seasons and hate me for introducing this to you, you can read the prequel book while you wait for season three like the rest of us.

Straight up, I’m only sharing this one because I’ve heard rumors of another season. It’s sorely needed.

The Black Tapes is about a paranormal investigator that considers it his mission in life to prove that the paranormal isn’t real. It starts as a one-episode interview of Richard Strand and his black tapes, paranormal experiences that he hasn’t yet been able to explain with science. He’s being interviewed by a journalist named Alex. Her one episode about Strand quickly turns into an obsession with his black tapes. And the realization that there’s something that wants her to keep right on digging. What she finds is a demonic conspiracy that involves her.

As I said, the ending as it stands right now is terrible. But there is much hope that they’re going to make another episode. So, fingers crossed.

From the same group, and including some of the same characters as The Black Tapes, Tanis is less demons and ghosts, and more an adventure story about finding a lost city that manifests at random places all over the world. Information is found in random radio frequencies, and it all goes back thousands of years. There’s a cabin that’s bigger on the inside but is far from benevolent. I haven’t finished this one yet, but I’m eager to do so.

Have you listened to any of these podcasts? Are there other awesome scary podcasts I should check out? Let me know in the comments. 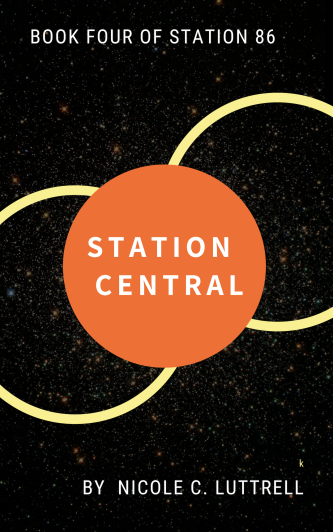