As you might have noticed, I’ve been watching a lot of Nostalgia Critic recently. I’ve shared some of the videos on social media, and I’ll give you a link here in case you want to check him out.

I watch his videos for a lot of reasons. For one thing, I love nerd rage. Actually, I kind of love hearing people yell about stuff. I know, that sounds really dumb. But I do have a valid reason. People don’t yell if they’re not passionate. You have to care about something to get to the point of screaming about it. And in a world where it feels like people just don’t care about anything, I love people who care.

What the Nostalgia Critic cares about is movies and tv shows from when we were kids. (Oh yeah, he and I are a similar age.) He cares about these things enough to look back at them with a critical eye and talk about what worked for these stories. To a much larger extent, he talks about what didn’t work.

And let me tell you, you can learn a lot talking about what doesn’t work in a story. It’s not just because it’s entertaining to hear the man yell (though it really, really is). It’s not just that I feel vindicated when he rips apart Batman and Robin (though it really, really does). It’s that as he picks away at the stories of our childhood, I learn what sort of things fall flat in the eyes of a reader.

Ordinarily, this would be where I’d go over a list of lessons I learned from Nostalgia Critic. But that’s a 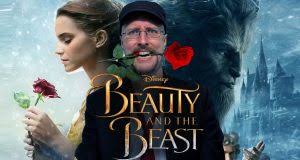 little more difficult in this case. Every movie or tv show is different, and each video is a case study in why this particular thing worked or didn’t work. But things that worked for one movie are the kiss of death for another. Things that worked amazingly well for one show made another one stink out loud.

I suppose that’s one lesson that can be derived from Nostalgia Critic. Every story is different, and there are no fast and true rules about what is going to work and what isn’t. The complexities of genres, modern tastes, age ranges and a million other things mean that we can’t possibly say that there’s a formula for good storytelling. If there was, we’d all write such amazing stories that there would be no more need to have a best seller list. That’s why editing and beta reading is so crucial because you really don’t know if a story will work until it’s done.

I know that, as creatives, we tend to look down upon the critics. What have they done, that they can sit in judgment of us? How dare they take the work that we poured our souls into and rip it up with such wild abandon? Have they ever written anything? Have they ever put anything into the world?

In many cases, yes. For one thing, reviews are entertaining if done well. They are themselves a form of creativity, just not the same sort that we work in.

In addition to that, critics perform a service for the average person. They encourage us creators, hopefully, to elevate our work. They point out our flaws not to condemn us, but to help us grow. But they’re not our coaches, our editors or our doting parents. They’re not on our side, they’re on the side of the reader. So, they don’t have to pull their punches and they often don’t. But that doesn’t mean that we can’t learn something from honest criticism.

I highly advise checking out Nostalgia Critic if you get a chance. I can assure you, it’s not a waste of your time.

Yes, I do grasp the irony that I just reviewed a reviewer. It’s kind of like looking into a mirror with another behind you. But I’m okay with that. 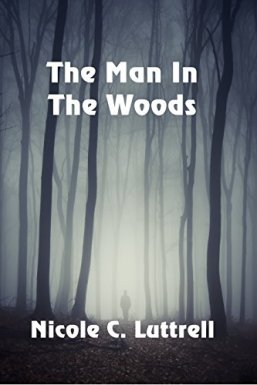 Harold spent most of his son’s life protecting him from the man in the woods, while his neighbors lost child after child. Then, after a deadly car crash, he has to take his sixteen-year-old granddaughter into his home.
Then a reality company starts building a new neighborhood in the heart of the woods, placing hundreds of children in harm’s way.