I don’t normally like love stories. I don’t read romantic fiction, and I generally bitch and moan if too much attention is paid to romantic subplots in shows or movies. I’m not here for that, sorry. I’m here for the dragons and the magic and the music and the mystery.

That being said, some love stories are just too good to ignore. Because the characters, who were written as real people, have great chemistry. They’re the kind of relationships that are realistic, wonderful, and inspiring. They’re all of these things because the couples themselves are honest, realistic, and just good together.

I also appreciate that in every situation I’m about to go into, the love story is not the main story. There’s a war, or a monster, or a quest. Love just comes along as a secondary story. Which is how life should be. We’re out there, living our best lives, and we find someone we connect with without even looking.

Here are my top six favorite romantic relationships in fantasy books. One of them won’t surprise you at all, but I’m hoping some do.

Vin and Elend, from Mistborn

Everyone and their brother’s got a rag to riches story about a common girl or boy marrying a prince or princess and living happily ever after. I’m not ashamed to say I have one, too, in Woven. The story of Vin and Elend is different. For one thing, Elend was saved by his love of Vin, because when her crew is busy overthrowing his government, she speaks for him.

But that’s not why he becomes king. That happens because he’s the only one willing to listen to all sides of an issue and give everyone, and I do mean everyone, a fair voice.

I love Eland and Vin because they respect each other for who they are. Vin’s a socially awkward frightening fighter. And I don’t mean the normal socially awkward but really freaking adorable and charming as hell that Disney tries to play off. There’s no wonder we all think we’re freaks. Vin is really freaking awkward in most social interactions. She’d much rather just punch someone than have to have a dinner conversation with them. And Elend just loves her anyway. Loves her enough to trust her. Just like she loves him enough to trust him.

Beka and Farmer, from the Bloodhound Trilogy

What I love is that Beka had a different love interest in every damn book. There was no silliness about there being just one man for her or that he’d been there all along. Farmer wasn’t even introduced until book three. And he’s a good guy.

That’ the nice thing about him, he’s a good guy. He’s an easy going, silly guy who takes little to none of the verbal abuse that Beka seems to want to heap on him.

I love their whole interaction, from start to finish. I love that they just grow to love each other, and there’s never a question of whether or not this will work out. There’s a feeling that after all these other men failed to be who she needed them to be, she found someone who was just right. And she was just right for him.

Ron and Hermione from Harry Potter

No, I didn’t mean Harry and Ginny. Honestly, if I was writing a blog post about the top six couples that felt shoehorned in and irritated me, they’d be on that one.

Ron and Hermione felt right from the beginning. They never idolized each other, and in fact, saw each other as really freaking irritating most of the time. Their love grew through time together, gaining honest and mutual respect and tenderness for each other. Even if I don’t really think Ron realized he cared about her until she started seeing Krumm. Honestly, I don’t know that I would have picked Ron over that hottie. I’d just like to remind everyone that the actor who played him is older than me. Just saying.

Kate Snicket and Dewy Denouement from Series of Unfortunate Events

What, you’ve never even heard of Kate and Dewy? Well, let me tell you something, they made me cry. They made me hope. They made me feel things that most other relationships, aside from my own, could never touch. And they made me do all of this without ever being together in the damn book. We see Kate helping the Baudelaire children, both with and without their knowledge. We see Dewy protecting the hidden library. But all we see of their relationship is Dewy calling for her as he dies, and Kate being broken by the realization that he died, just before dying herself while giving birth to his child. And yet I was so invested in them. I wanted to sob, realizing that Dewy was gone, and Kate had already lost one of her brothers. I swear Lemony Snicket is maybe the most heart-wrenching character of all time.

But Kate and Dewy stole my heart and stomped all over it.

Sarai and Lazlo from Strange The Dreamer

Okay, so a lot of this book revolves around Sarai and Lazlo, even though they never actually meet face to face. But it’s such great love, and both characters are so cool, that I don’t really care.

Sarai has never seen another person besides her sisters and brother before, so maybe it’s no surprise that the first man who can see her she falls in love with. But Lazlo has been so impassioned with the lost city that he hasn’t seen anything or anyone. He could have had a lot of girls, but he fell in love with her.

It’s another tragic story, of course. And while I did give a spoiler warning at the start of this post, I can’t really be blamed for this one. She dies in the first five pages of the damn book, after all. This makes the ride bittersweet, but worth every second. I can’t wait to get my hands on the next one. (I just ordered it by the way.)

Alanna and George, of Song of The Lioness

George and Alanna just fit together so well. Alanna is a brave, fearless woman who hides her gender to become a knight. She’s a noblewoman who lets nothing, and I mean nothing, stand in her way. George is a thief and a commoner. He’s a smart ass, and really easygoing.

He’s also the first person she Alanna trusts with her secret. He’s the first person to see her as a woman. And, he is completely okay with her best friend being a man, Prince Johnathan. He’s a great dad and pretty okay with being a stay at home dad so his wife can go off to be a hero.

So what do you think? What fantasy character made you say relationship goals? Let us know in the comments below.

In Devon’s world, magical work is as common as turning a pot or fletching an arrow. What isn’t common is a man with thread magic. When Devon finds that he is a seer, weaving prophetic tapestries, his family tries to keep it a secret.

But the family can’t hide Devon’s visions after he predicts a devastating plague in the dragon lands of Coveline. He travels there to help the dragon queen save her people.

Meanwhile, Devon’s sister Lenore joins the Church of Singular Light. As Lenore learns to serve, and falls in love with her city, she discovers a dark underbelly to the church.

Lenore fights for her city, and Devon rushes to find a cure to the plague, while an unseen enemy raises an army to destroy Septa from within.

Get it on Amazon or Smashwords.

Get ready for the end of the Woven Trilogy, coming soon. 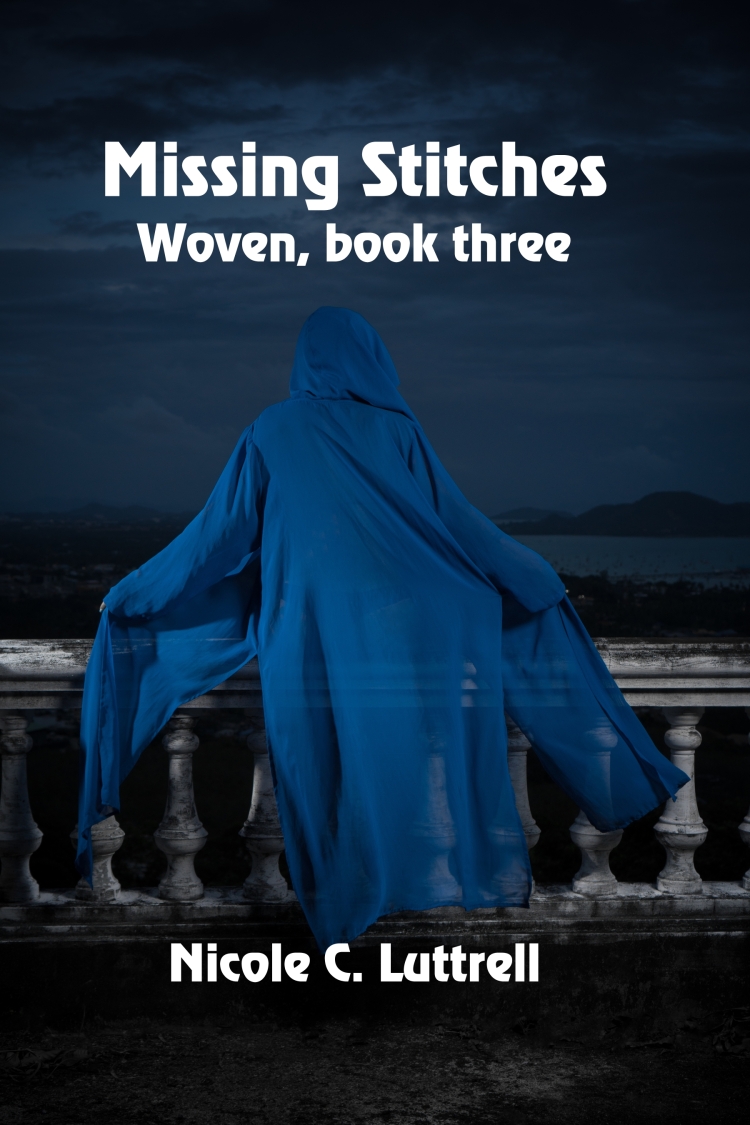