I love characters. I tend to read and write character-driven stories because I love hearing about people. As real of people as I can get.

That being said, if all I cared about was people, I wouldn’t read as much fantasy as I do. Because while the fantasy genre is big on characters, there’s one thing it does better than any other genre.

I would argue that fantasy is the best genre for world building. Mind you, I write both fantasy and science fiction. I far and away prefer world building in fantasy. Though, it’s really close. It’s my love of midlevel weapons that’s the real tiebreaker for me.

Fantasy worlds make you want to sink right into them and live there. I want to eat their food, see their creatures. These words just invite exploration.

Here, then, are my top five favorite fantasy worlds. These are the worlds I would live in if I could.

The alternate world of Spiderwick Chronicles

The only difference between the world of Spiderwick and our own world is that all the fey creatures that are nothing but myth are real. And I really, really want to live there. Even with the very real threat of accidentally eating food given to me by a fairy. I mean, it would be a concern for me, I have little self-control with food. But I could handle having a Brownie in my house. I would buy shiny things for it and leave out milk all the time.

London Below in Neverwhere

While London Below is not the friendliest place, and certainly not the safest-sounding place, I’m still in love. I love the theory that nothing’s nailed down, everything floats about at random. I love that someone has to be in the know to do any trading. I love the rats and the rat talkers. I love that you can basically trip over magic, cuss it out, and keep going. And I love that the people of London Below can wander about London above and not be seen.

Most of all, I love how it all makes a good amount of sense, even if it doesn’t seem to at first.

The land beyond the tollbooth in Phantom Tollbooth.

Who didn’t read this book and want immediately to go beyond the land of expectations? I mean, the 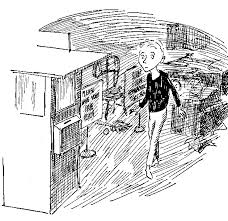 whole damn thing is just one metaphor after another for life, and how most people just frankly live it wrong. How many of us never move beyond the land of expectations? How many get stymied by the man with no face? I know he gets me all the time. I could, and probably will do a whole blog post on the lessons I learned from this book.

Mostly, though, I love the idea of being able to eat words. The idea that letters would have different tastes, like watermelons or steak. That one could buy words, or individual letters for the do it yourself sort.

Oh, and to be able to buy sounds, and listen to different sorts of quiet on the radio. To have a watchdog keeping after me, to stop me wasting time.

The lands beyond the Lone Islands in The Dawn Treader

Everything about Chronicles of Narnia is amazing, the Dawn Treader is my favorite of the series by far.

From the water that turns anything to gold, to the retired star, everything about the lands is magical. I’m reminded strongly of Homer’s Odyssey every time I read it. I love the little Dufflepuds, Eustace turning into a dragon, and just the overall details about life on the magical Dawn Treader. And, thanks to this book, I will always know which is port and which is starboard. 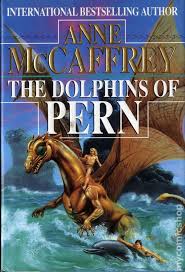 This one’s actually science fiction, not fantasy. But it’s world building is more fantasy, so I’m going to use it. And the reason why I love Pern best comes down to just one thing.

Dragons are handled differently in this book than any others. The bond between human and beast is something that I aspire to, but also something that I think I understand. Anyone who’s ever slow blinked at a cat and had him slow blink back gets it a little. How can you not feel a connection between you and your dog, who has evolved to be members of our families? When you pay attention to animals and listen when they try to tell you something, more often than not you’ll find that you can understand them perfectly well.

Alright, now it’s your turn. What’s your favorite fantasy world? Let us know in the comments below.

The final chapter of Woven is nearly here. Are you ready?

The city of Septa has barely had a moment of peace since the death of their king, Michael.

Lenore, the princess, and heir, hopes that she and her husband, Victor, can bring some stability.
Meanwhile, her brother Devon and his wife, Queen Sultiana, come to visit and meet Lenore and Victor’s twin daughters. Sultiana comes with a heavy heart, having just miscarried her own child, and lost her father.
Instead, Lenore finds herself battling against her uncle, Joseph, over her right to the throne. As he stirs the city into civil war, an ancient enemy reveals itself. Brother Brennan, who claims to speak for The Creator, is killing Septa citizens in the streets.
Then, Lenore’s daughters are kidnapped. While Victor and Devon hunt the city in search of the princesses, Lenore and Sultiana must lead her city in a war against her uncle, and a twisted holy man. The canals run red as Lenore fights for her city, her family, and the safety of the world, in the conclusion of Woven.