Here’s something you might not know about me. I was born in June of 1986. So literally, while I was being born, Chernobyl was happening. Well, the fallout of Chernobyl was still being dealt with.

In addition to that, I was brought up and still live in, Butler PA. That’s about three hours from Three Mile Island. It seems that I was meant to have some sort of connection with Nuclear disasters. Maybe that’s why I’m drawn to Pripyat.

Even if this wasn’t the case, I think I still would have devoured HBO’s Chernobyl.

For the maybe three of you who don’t know the story of Chernobyl, here’s a basic overview. There was a nuclear power plant in Chernobyl, in the Soviet Union. It ran a safety test that went horribly wrong. The core melted, sending radioactive material out into the population. The nearby town of Pripyat had to be completely deserted, and to this day people can’t go there without safety suits. Or they’ll, you know, die.

This was a terrible situation, made worse by a government cover-up, incompetence by the plant’s management, and leaders who were more interested in protecting their secrets than the lives of innocent people.

poison into the surrounding area, and then to make sure nothing like this ever happened again. And, let me tell you, it stayed very true to the story. It largely follows Valery Legasov, a nuclear physicist who was part of the response team. His tireless work to lessen the impact of the disaster saved untold lives. The work he did later was more important.

The last episode was the most impactful. And it’s, again, as true to history as we can tell. Legasov made damned sure that every person he could reach would know exactly how the meltdown at Chernobyl happened, exactly who was responsible (spoiler, there a lot of people responsible.) and exactly how responsible they were. He did this not for spite, not to punish anyone. There were enough people more than ready to punish. He did it because he wanted to make sure that nothing like this ever happened again in the Soviet Union.

Legasov is a hero, no question. And I feel personally attached to this story for several reasons. 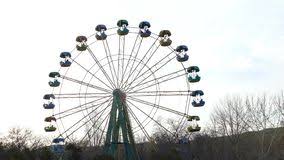 One character from the show really hit me between the eyes. She was a woman named Lyudmila Ignatenko. She was pregnant when the reactor melted. My mom was also pregnant, with me, when the reactor melted. Normally reminders that we’re all citizens of planet Earth are happy and warm. This one wasn’t. How many of my generation were poisoned by this tragedy? No one’s bothered keeping track, so we don’t know and never will know the real number.

The last episode really brought me to tears. Mostly due to this one line, probably the best line from the whole damned show.

“Every lie we tell incurs a debt to the truth, sooner or later that debt is paid. That is how an RBMK reactor explodes, lies.”

That’s how most things explode or decay. Relationships don’t fail because people were too honest with each other. You don’t stop talking to your family because they were telling you the truth. The truth, no matter how hard it is to speak, is always the best way to handle any situation.

By the way, I still believe Nuclear power is a viable, safe alternative to what we have now. When you look at the numbers, gas, and coal kill thousands of people a year. Nuclear energy has killed less than 100 since Chernobyl. Sorry, including Chernobyl.

I cannot suggest Chernobyl enough. It was believable, gripping, and terrifying at times. If you get a chance, watch it.

And if you’ve already watched it, please let me know what you thought of it in the comments below.