I did win, as you’ll know if you followed me on social media. But, I found myself a little letdown. If you’ll remember, at the start of the month I thought this was going to be the most productive Nanowrimo ever. I was going to kill it, nothing was standing in my way.

A week in, I changed my goal again. Now, I made my goal, but it was a low one. All I asked of myself was to write 30,000 words or essentially finish the second draft of my new science fiction piece. I did that, but I thought I would be able to do so much more! Nothing was standing in my way!

Actually, a lot of things were standing in my way. As usual, I had 99 problems and created 95 of them my damn self. One of the biggest ones is that I was adjusting to a new medication. Totally dumb of me to think I was going to be able to write at my normal pace, let alone exceed that pace for any amount of time.

And speaking of time! Some day I will learn that time goals do not work for me! The problem is that I always either over or underestimate how much time something’s going to take. For instance, I write and even edit fairly quickly. But when it comes to doing social media stuff or creating graphics or posting blog posts, those things all take a superb amount of time. So a timed goal is hard to fit in, and unrealistic in terms of how much work I’m going to get done.

Oh, and if you were wondering why I’m spending so much time making graphics and working on social media, it’s because I’m launching a book this month. You know, Station Central. Available for Preorder right now. And launching a book is a ton of work. I mean a lot a lot of work. Once again, this was me being unrealistic about what I can do with the time allotted.

And you know what? Camp Nanowrimo is still really fun! I love the communal feeling from my local writers, and writers all over the world. I have never done any Nanowrimo event that I didn’t feel like I got something great out of.

Next time I’ll just plan my goal a little better.

So how about you? Did you reach your Camp Nanowrimo goal? Let us know in the comments below. 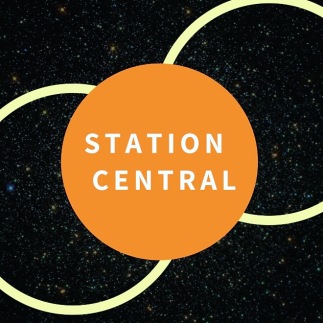