It had been a beautiful school once when Taylor had gone there. He stood in what used to be the playground, kicking rocks. The building was still beautiful, an architectural marvel. He wondered what ghosts awaited. And if he could exorcise them.

The previous headmaster hadn’t been able, or perhaps willing to tell Taylor why the school had closed down. Perhaps it was simply a staffing issue. No one seemed to work there, except Taylor himself. He was having a hell of a time finding teachers.

Taylor made his way inside, awash with memories. The time he’d spent there. This had been his home as a child, more than his parents home.

It was cold, inside, colder than he would expect on a warm day. He pulled his jacket closed.

Taylor’s footsteps echoed in the empty building. He had never had the place to himself before. It was odd.

Perhaps that was why he thought he heard another set of footsteps behind him. He turned but saw nothing of course. But there was a sound.

The sound was coming from the end of the hall where there was a set of doors that led to the maintenance area. Taylor sighed. There was probably some animal trapped in there. This lovely building’s neglect was criminal. He headed for the door.

Taylor opened the door to the maintenance area, trying to be as loud as possible. He hoped that the animal camping in there would decide to leave simply because the place was now occupied. But the sound, which now was clearly scratching, continued.

Angry, Taylor headed further into the maintenance area. This was too much. He hadn’t been just how run down the place was. Now he’d have to hire an exterminator and how much would that cost? The scratching continued. Bold creature, whatever it was.

Whatever it was living in there was large. It was making a good deal of noise now that Taylor was focusing his attention. He was a patient man, but he felt his temper rising. Why had this beautiful building been left to fall apart like this?

Taylor stormed forward. He stepped in something sticky that caught his foot. He tried to pull free to no avail. As he struggled, the sounds came closer. It was moving faster. Taylor looked around. He saw claws, teeth, and glowing red, hungry eyes.

Soon Taylor was gone. The creature left not even a drop of blood on the cement to tell where he’d been. Satisfied, it slunk out into the hall of it’s hunting grounds. There would be other meals. After all, it was such a beautiful building. 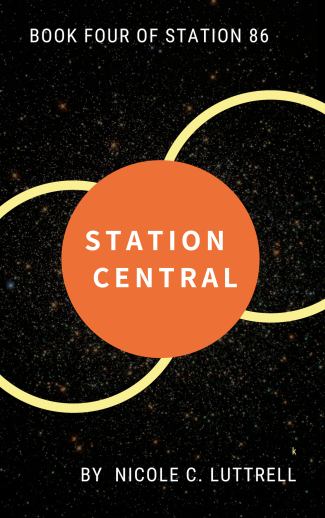