There is a lot of work that goes into creating a fictional fantasy world. And if the characters are going to do anything interesting at all, they’re probably going to need medical care at some point. I know mine do. Some of my characters are healers themselves.

I’m not a medical professional any more than I’m a swordswoman, princess, police officer or any of the other exciting things my characters are. That’s sort of the point of fiction. But I need my characters to sound like they know what they’re doing. So, I need to know at least a little bit about medicine in fantasy settings.

Medicine has evolved and changed just as much as the rest of our technology. What was a miracle in the past is standard procedure now. And the more I learn about old forms of healing, the happier I am about this. Humans spent a whole lot of time just not knowing what the hell we were doing with medicine. (We also spent a whole lot of time having women and men who knew a good deal more than others. But we had a bad habit of hanging them as witches. That’s another topic for another day.)

Maybe it even works!

The point is that what’s right for your character is not necessarily what’s factually accurate.

That being said, the medicine in fantasy might not even be right for the time, depending on the world you’ve created. A great example of this is Tamora Pierce’s Briar’s Book. This story is about a plague that sweeps through the village the characters live near. (Feel familiar?) There is medicine in this book that is far too advanced for an equivalent time. But, it’s not science, it’s magic. 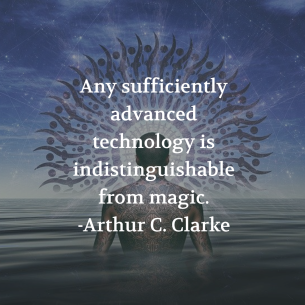 Of course, as Arthur C. Clark said, “Any sufficiently advanced technology is indistinguishable from magic,” A good point to keep in mind. You can disguise science and medicine in fantasy books as magic if you make sure it follows the rules of the world you’ve created.

And those are the only rules that you do have to follow.

This is possibly the hardest and exciting parts of writing a fantasy book. You can make up whatever rules you want, but then you have to stick to those rules.

Water on this planet is poison.

This flower makes people invisible when you drink it as a tea.

The air in this valley makes people drunk.

Dogs in this village can heal leprosy with their kisses.

It doesn’t matter what world you want your characters to live in. Just make sure the rules stay consistent.

And please, don’t ever take medical advice from a fantasy book. Ever!

One thought on “Writing Medicine in fantasy books”