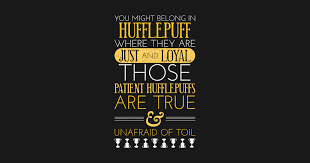 Alright, so we all know I’m a huge nerd, right? Like super huge. Okay, so now that we’ve got that settled, what I’m about to say next shouldn’t shock anyone.

So, I was on the official Harry Potter website a few months ago, and I decided to take the quiz to see what my Hogwarts House is. I guess that the only surprising thing is that I hadn’t done this before. But, I digress.

I guess I’ve always assumed that I would be in Ravenclaw. I mean, I’m smart. I love books. I’m logical. My favorite color is blue. Ravens are awesome. Why wouldn’t I be in Ravenclaw?

In fairness, I guess we all think we’d be in Gryffindor or Ravenclaw. Some people, angsty people, will say they think they’d been in Slytherin.

No one, fucking no one ever says they want to be in Hufflepuff. Guess what house I’m in, according to the official website?

I let that soothe me for a little. Then, I started really thinking about the virtues of the Hufflepuff house.

And I realized, that sounds like me. As much as I’d love to say I’m someone who’s forever reading about 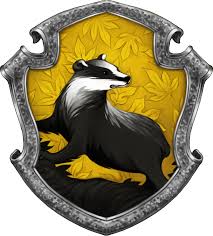 some fascinating point of history, or learning a language or things like that, I’m just not. I’ve tried to be. I do love learning. But when it comes to my own inclinations, I’d rather be getting shit done. I prefer if I’m going to spend time learning, if it’s learning something I can actually use.

So maybe, instead of fighting against my nature, I should accept that I’m never going to be the sort of person who learns just for the sake of learning. That’s an admirable trait, but it’s not me.

I am loyal. I am determined. When I want something, I sink my teeth in and I never give up. I learn, and I learn quickly, anything I can put to use. I will be the one putting in the long hours, the hard work, and I’ll prevail.

I am Hufflepuff, hear me roar. My tiny, squeaky, mighty roar.

What better time of the year could there be for a Christmas story? Enjoy twelve little 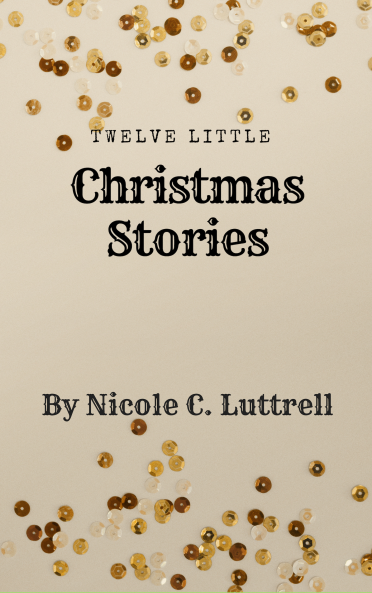 Christmas tales, ranging from heart felt to horrifying. Meet a young man who recieves a surprise Christmas gift, a little boy who gets an unexpected visit from Santa, and a young woman spending Christmas Eve in a new coat.