This was a brainstorming project I did a while ago, and it was a lot of fun. So, I decided to share the results with you today.

I don’t really worry much about major themes when I’m writing a book. At least not for the first few drafts. Those come later, and they’re never anything I plan. Once I see them, usually in the third draft, I do my best to bring them out. But the best themes come organically.

For Missing Stitches, several strong themes came out. Sacrifice was a major one, as were relationships between brothers. The biggest theme, at least the biggest one I saw, was refusing to bend or break. Through the whole story, Lenore is told over and over that she can’t break. I didn’t even realize the number of characters who were telling her not to break until I went through and re-read it.

To help myself get into the mood to really bring these themes to life, I made a playlist of songs that inspired those feelings within me. And it turned into a pretty fun playlist. So I wanted to share it with all of you today.

Shut the world away by Breaking Benjamin

When we die, bowling for soup

‘Till I Collapse, Eminem

If you want, you can actually listen to the whole playlist right now on Youtube.

If you’re a writer, have you ever made a playlist for one of your books? Is there a song that makes you think of a specific book? Please share with us in the comments below. 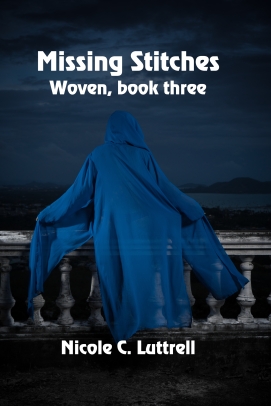 Get it now on Amazon