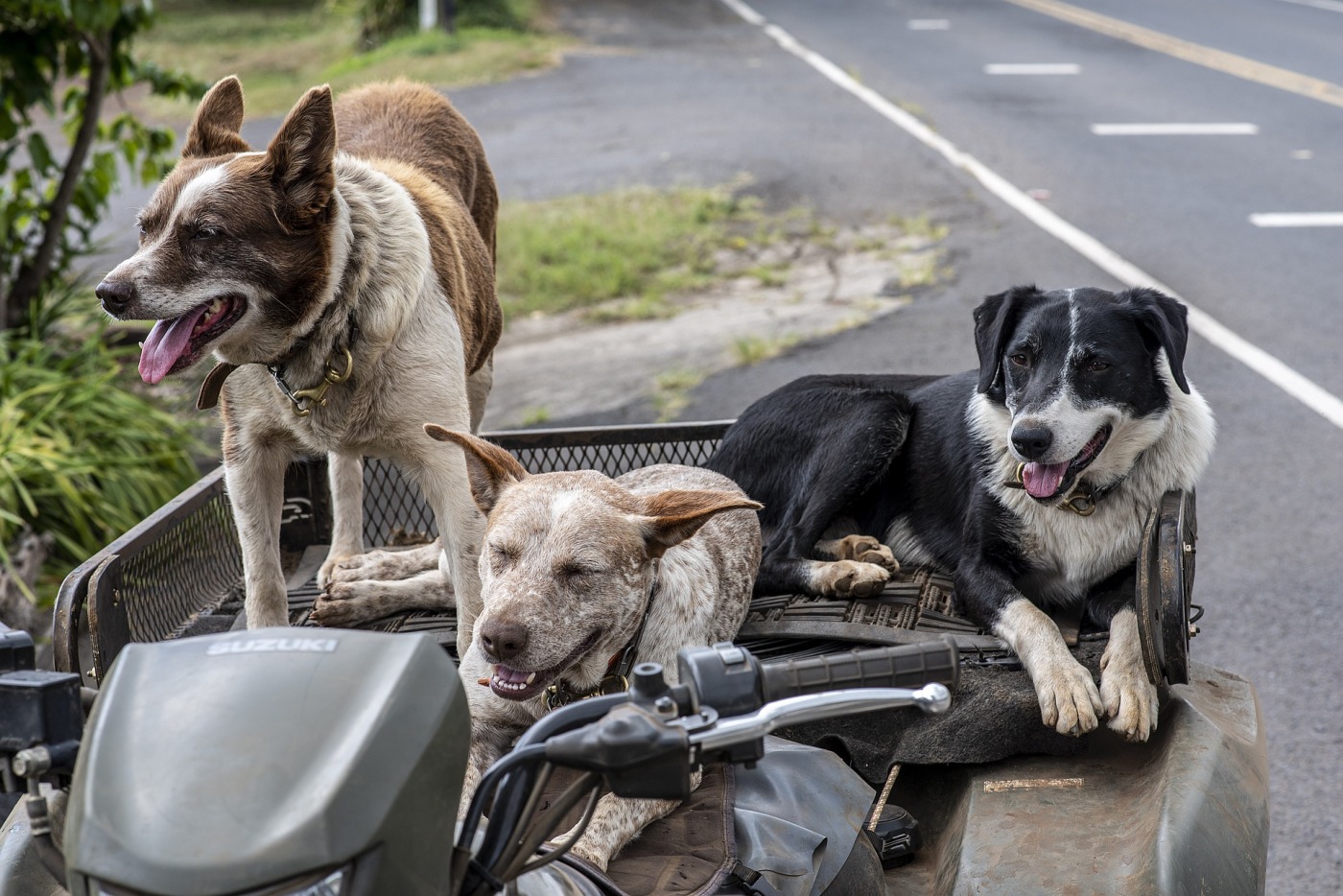 Dogs are awesome, literally gifts. I didn’t use to think this before having my own, but I’m now totally convinced. Dogs were put on Earth by God to give us honest, uncompromising love.

the number has only gone up since then. (Source:Statista.com) And according to Americanpetproducts.org, we spent $75.38 billion on our pets in 2019.

But do we? I have to think, if we loved our dogs, we would embrace the breed that most closely resembles ourselves.

Most Americans are mutts. There’s a reason why all these ancestry businesses are making bank right now. I’m Hungarian, but there’s some French and English thrown in there. Pretty sure some Irish, too. Basically, I have greasy hair, lots of freckles and I’m not white so much as patchy red. But I got the bonnie blue eyes and my nose is a normal shape so no complaining here.

My dog, Oliver, is also a mutt. He’s half Boston Terrier, half hell if I know. I think he’s half

Pitt, though. So, he’s a bouncy tank.

He’s also the most lovable, sweet thing you will ever meet. He follows me around the house, is super easy to train, loves other dogs.

I don’t know that he would have been as good of a match for us if he’d been pure terrier. That breed tends to have a strong hunting instinct, especially when it comes to small furry animals. You know, like my beloved cat Harper. And while Oliver does love playing with his ‘big’ sister, he has never shown hunting behavior towards her.

Which brings me to the actual point of this post. It wasn’t to show off pictures of my dog. (Okay, it wasn’t just to do that.)

I am not willing to argue or equivocate on the point. If you have a purebred dog, it is the result of animal abuse.

This is not your fault or the fault of your beloved friend. If you have a pure breed, love the hell out of that little sucker because s/he needs it. Here are some awful facts about breeding animals like this.

-Purebred dogs have chronic health problems. Some breeds have bad livers. Some, like my beloved Dashounds, have bad backs. Some breeds have an issue where their organs just twist up in their stomachs. Genetic diversity matters, people. There’s a reason why we don’t inbreed.

their bodies just break down and stop working.

-Another fun fact. If your version of fun is bone achingly sad. Each breed has certain characteristics. So breeders breed for those. Pugs have those squishy flat faces, for instance. We bred them for that flat face. What does a breeder do with puppies that don’t show the proper traits for their breed? Well, what do most companies do with defective products? They either sell them at a loss or get rid of them.

Now, before anyone comes at me in the comment section, I know that not all breeders have these horrific practices. Some breeders are good, honest people who take excellent care of their dogs. Some breeders would joyfully bash in the skulls of people who abuse animals with a Louisville Slugger. God Bless you people, you know what you’re doing.

It also doesn’t help the biggest issue I have with buying a purebred dog. And I think you know what I’m going to say.

Every single town and city in America has at least one animal shelter. I volunteer sometimes at ours. They are not at full capacity.

As an American, we’re all immigrants. We’re all mutts. Let’s embrace our fellow mutts.

2 thoughts on “America, embrace the mutt!”